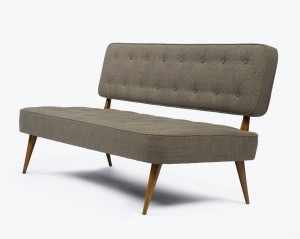 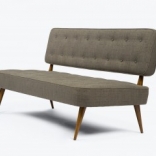 R 20th century Gallery represents a group of vintage and contemporary designers whose work is among the most important, innovative and finely crafted of their time.
Zesty Meyers and Evan Snyderman founded R Gallery in 1997, and opened their current location in Tribeca, New york in 2000. In this larger space they are able to realize their goal to promote a closer study, appreciation and preservation of twentieth and twenty-first century design.


Since 1997, Meyers and Snyderman have garnered international acclaim for their groundbreaking exhibitions and publications and for their commitment to preserving history through their extensive archives, library and private collection. consistently, Meyers and Snyderman exhibit an extraordinary acumen for discovering and bringing designers to the forefront of the rapidly escalating design market.


R is currently developing exhibitions and publications on the designers it represents – a diverse program that includes work from North America, South America, Europe and Asia produced between 1945 and today.


In addition to the exhibition program and showroom in New york, Meyers and Snyderman offer the work of R designers internationally, contribute widely to publications and lecture frequently about design.